once you make a timelapse, you could almost understand why I have extreme rainfall, without a single drop. 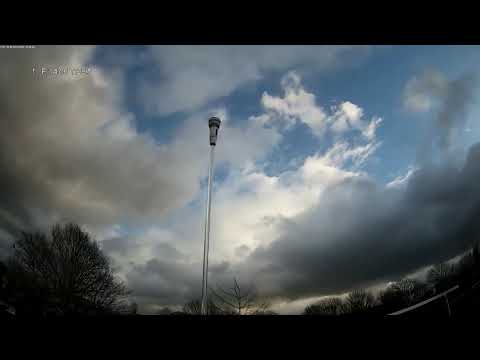 What is very strange that the most zoomed in level somehow did reset all the rain before 17:40 but one zoom level higher it did not. Even more strange as this station is in the Netherlands and I don’t think it does raincheck in this region, so how did it reset, even partially (but it would be correct to do so, as there wasn’t any rain)

per your video above. . .hope Tempest doesn’t become too severely nauseated! That looks like a Wild Ride!

yeah it is pretty windy, with speeds over 60km/h, but I’m really puzzled why the rain is reset before 17:40 in the highest zoom level. Seems like a strange bug.

RainCast isn’t fully operational outside the US/Canada but there are more and more parts in this solution that will become active as time goes. And I just had a look and the system decided some was just not possible and wiped it. Maybe the blue bars should also be taken out this weird situation where it sees rain but doesn’t record any… will talk this over next week internally.

Indeed Near Cast should remove both the totals and the rate. Is there a way to toggle Near Cast on/off? I couldn’t find it in the app.
edit: Found it. it is in settings/stations//manage devices//advanced.
@eric it is called NC rain (Near Cast)

What model camera are you using ?

I have two, one does a dome view and is pointed straight up, and this one I can point in any direction. At night it does color pictures without IR illumination and I can see clouds that I can’t even see when I go outside and look up. (passing cloud at midnight. - YouTube taken at midnight). I can point the camera in any direction, and at some point in time I would like to couple it with the tempest, so it always points in the direction the wind is coming from. I love it.
Here is the link SD22204UE GN 2MP Starlight PTZ Network Camera POE H.265 2.7mm~11mm 4x optical zoom SD Card Slot Web Camera Replace SD22204T GN|ip camera|ip camera 2 megapixelcctv camera - AliExpress but apparently the seller raised the price by a whopping 50%. (search aliexpress for a better deal). The specs tells you it has a very slow shutter speed of 1 second but that appears not to be true. The longest time is 1/3 second. Long enough to see the stars at night. (and it has a mode to create a moving average of the pictures, so the noise is very low).

so basically Near Cast is now working in the Netherlands as well, and it correctly identified a couple of periods with only false rain measurements. That is great news!

The implementation however is super buggy as it doesn’t use the corrected value after such a period, but instead just shows the uncorrected values again. Also it should correct the rain rate during such periods. When correcting data, it should also correct data at other zoom levels of the graph, not only at the highest zoom level.
The value on the history tab also needs correcting.

I won’t do that manufacturer or any of those other clones. All their cameras phone home to China.

mine doesn’t… I blocked it in the router from any outgoing and incoming connection.

ok, perhaps only parts of NearCast are active in the Netherlands, I can toggle it on or off and the graph does change. I’ve no idea which other parts are not active. I’m assuming the name change to NearCast is in anticipation of other sensor data also possibly getting this treatment.
I don’t know why it couldn’t be as effective (or ineffective) outside US/Canada. We have excellent rain radar data, which could be used to filter out a lot of false rain events.

Having said that, to me it appears as a hack. If the sensor picks up wind as false rain, it is almost impossible to measure rain correctly when there is wind and rain at the same time. The real solution is of course to mount it properly, so it doesn’t see wind as false rain.

Think @corrineb needs to see this

when rain is ‘corrected’ shouldn’t the blue rain rate bars be zeroed too ?