On my old WeatherFlow weather station (from crowfunding) at my cottage the SKY sensor died after 5 years of operation.

So I upgraded to a new generation TEMPEST, and @WeatherFlowTeam offered me a good deal under the “10 year prorated warranty”. Thank you again for your helpful negotiation. However, the only problem is that the new Tempest has different frequencies for communicating with the hub in the Euro version, and thus the historical data from the original station cannot be moved to the new Tempest operation. This is an annoying problem, I don’t understand that they can’t simply merge the data in the cloud…

On that occasion I also decided to relocate the station to a more suitable location, the current location (and originally only a temporary one actually ) was occasionally returning somewhat dubious results in wind measurements, caused by the wind shadow of the cottage, other buildings in the garden and the adjacent woods.

In this context I also considered placing it 2-3 metres above the roof of the cottage, it would certainly measure the wind well but the measured temperature would be quite affected by the heat rising from the roof, especially in summer. Also we have a chimney there, this means not only false heat but soot and ash, we heat mainly with wood at the cottage. Plus I was worried about lightning, I don’t have a lightning rod on my roof and storms are frequent there. So this option was postponed.

I found a more suitable spot lower down in the garden, albeit on a small slope, but open on all sides. And it is also better positioned towards the sun, Tempest will see the sun most of the day with its photovoltaic panels. This was also quite a problem before, in the current location it was not only in the wind but also in the sun’s shadow, the SKY unit with its optional solar power regularly failed in winter. I then always had to install lithium batteries for some of the darkest winter months. This is no longer even possible with the Tempest, or rather without the optional “Power Booster Accessory” power upgrade. But I already have that ready as well.

I have placed the station on top of a 3 meter rigid steel pipe with a diameter of 32 mm. The pipe is galvanized, and embedded in about 80 cm of a 20 cm diameter hole in the ground, drilled with a soil auger. I used about 65 kg of special concrete to fix the pipe into the ground for fixing the fence posts. The pipe is very rigid, and the station sits on it perfectly.

I am still going to fill the pipe with dry sand to increase the rigidity, and prevent vibration. I kind of forgot about that. Or does anyone (@gizmoev ?) have any recommendations on the best way to fill the tube to best prevent false rain alerts? I don’t have a problem with it so far though.
But I’m planning this one: 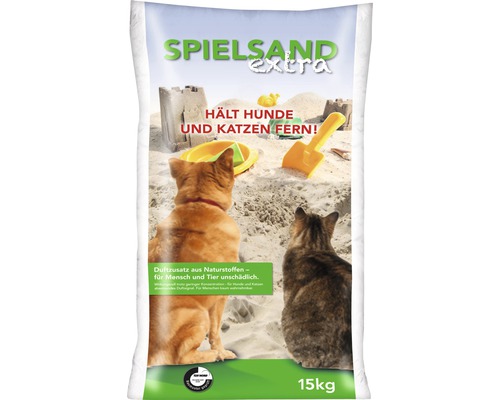 I had originally selected a rod in black finish, which looks very good and was also more affordable. But I was worried that the black lacquer might interfere with temperature readings on hot days. Plus, the zinc finish also offers better protection from the weather. I couldn’t get a vinyl coated tube (as some recommend) here in the Czech Republic.

Tempest has different frequencies for communicating with the hub in the Euro version, and thus the historical data from the original station cannot be moved to the new Tempest operation.

This has nothing to do with the frequencies of the stations, it is because the database structure is different. From a 2 device you go to a 1 device. You can’t just transpose one into the other.

Nice work to set it up

it is because the database structure is different. From a 2 device you go to a 1 device. You can’t just transpose one into the other

As a 20+ year SWE, whose been doing database work for years… THAT is a sad excuse.

It would be so easy to write a SQL to do that data migration.
–Sam

@eric This has nothing to do with the frequencies of the stations, it is because the database structure is different. From a 2 device you go to a 1 device. You can’t just transpose one into the other.

Hi @eric, I wanted to connect the AIR unit (SKY died) to the new Tempest HUB to preserve the historical data from the original WF station.

This is what you have communicated to me:

For European and Australian/NZ versions of the Smart Weather Stations
Originally, we expected complete compatibility with the original AIR and SKY devices with the new Tempest Hub. To our surprise, we discovered that this would not be possible due to some radio communication issues. The old AIR and SKY devices will not be able to be added to the new Hubs. We actually knew this would be a limitation with Australian versions of the devices due to recent changes of RF standardization but the incompatibility was unanticipated for European versions. The only consequence of this is that owners of the original Smart Weather Station will need to keep the AIR and SKY operating on the old Hub. You can still operate multiple stations (Hub + devices) on your account; two Hubs, two stations with AIR + SKY on the old Hub and Tempest on the new Hub.

So I asked you to migrate the data (which really shouldn’t have been difficult) from the archive of the old station to the new one. And that’s not possible either.

So I had to leave the other old hub with AIR unit connected as well to get to the archived data.

Thank you so much

Just got mine yesterday. Installed it when it was 100 degrees outside, but I was determined lol. I mounted the Tempest on my shed.

Might be “wind-blocked” by the house from that direction, though.

The proximity of the house is very likely to make the wind measurement very difficult. Among other reasons I moved my mast for Tempest as far away from the house as possible - see above.

Similarly, the air temperature measurement will be distorted, as the sensor will be affected by the proximity of the roof of the garden house in summer, for example.

:Okay, I’m gonna add another observation as to the proximity to the fence, is that a neighboring property that is within reaching distance to the instrument? maybe have your Nest camera pointing in that direction! or put an electric fence around it ::

That’s true. Darn, only place I have is the top of my one-story house. Hmmm I’ll have to rethink my install location. Thanks.

Thanks my space/placement is limited is I’m surrounded by houses lol and not many open spaces except on my roof. I kinda didn’t want to put it that high I case I wanted to fiddle with it lol.

Uh yeah that’s my neighbor’s fence. Known them for 20 years. I trust they won’t tamper/take it. My Nest camera is for other people I’ve known for less if at all lol.

Most folks have to eventually decide whether they want to try to optimize for wind or temperature. Given your photo, I’d go for trying to optimize for temperature even if it meant putting a pole in your back yard someplace away from structures and fences that get any radiant heating.

Thank you, that is what I was thinking as well. Priority for me is temperature. But I’ll take another walk around the back/front yard and look for other possibilities.

A pic from my Ring camera on the ceiling.