This is just UNbelieveable. I don’t even know where to start. . .so I’ll just dive right in Head First! My Tempest Field Test unit was acting strangely. . .mainly because of the problems described earlier on in Tempest quit sending data. It’s mainly because to the “Tempest Cloud” issue that dsj described.

To make a sorta long story short. . .I went out to the backyard to turn off ST-7764 and remove it from the mount. I brought it inside to examine it. What did I find? About a dozen Peony Ants crawled out of the drain hole openings on the bottom. PLUS. . .several small ant eggs and several pupa (larvae) also dropped out. I reached for a can of air dust and pretty much emptied the whole can of nauseous diflouroethane gas into the bottom holes. . .and up under the radiation shield assembly.

Here is a picture of 2 expired ants on the bottom.

For years. . .the backyard / across the fence neighbors have planted Peonies in May which invites the ants. I don’t want to dis-assemble the Tempest Field Test unit. . .but there may be a nest up inside that is being used by the ants as a home! Will have to conduct more thorough cleaning and do daily bug-check. The new Tempest device is also on a pole < 6 feet from the test device. . .so it, too will have a Peony Ant infestation before not too long, I’m afraid!

Wonder if something drew them towards the unit. The reason I say this is because for the past week I have been noticing an increasing number of red wasps drawn towards my SKY and Tempest devices. They are constantly landing on them throughout the day. The wasps don’t seem to care about the Ambient Weather WS-2902 Osprey array. A theory is maybe a certain sound frequency is contributing to their attraction, but no proof of this theory. I only know they are drawn to the SKY and Tempest and it has just recently started this year. Maybe just a coincidence.

Station 1 now contains 2 Tempests (Field Test and new unit received 2 days ago) and a Davis Vantage Vue (DVVISS). Before Tempests arrived on scene. . .the DVVISS was the only piece of wx station equipment out there. There have been ants crawling on the DVVISS for years. . .but a little air dust and a flick of the finger just knocks them away. Now that two Tempests have joined the mix…I’m more fully aware of the insect issued now. If you look at my image under Photos of Tempests…you notice the ladders. I generally climb up (sometimes 2 or 3 times) each day to inspect everything. I’ll see an occasional little spider and a few ants. I just never noticed an infestation before to include the eggs and pupa. The design of Tempest is…I guess…a more inviting place for insects to live than a DVVISS. I was previously interested in the “Crown-O-Thorns” bird spikes…but have never had a bird problem on Tempest, DVVISS or on WFSKY-01 attached to the chimney on Station 2.

Now. . .I’m gonna have to put some sort of ant traps or ant bait on, in, or near the two Tempests and DVVISS in order to mitigate the infestation. The Good News is that the Peony plants are dying off. By the end of the month. . .they will start to wither and that will be the end of the ants too, because they are attracted to the fragrance of the flowers.

You need the light sensor to be tuned to be a laser !

the next time I go to Menards or WestLake Ace Hdwr. This looks like it could do the trick! A moat filled with a tiny bit of sugar water to attract the ants. They can’t swim. . .then they are collected in the cup for easy disposal.

Add some borax to the sugar water so the ants will take it back to the nest to kill off the queen.

I am curious as to whether you found insectis inside the Tempest. My front and back yard have tall oaks so it is tough to site my station. I just took down my old Davis but I am reluctant to install the Tempest because I had a severe ant problem with the Davis. But there are really not much in the way of alternatives.

I do a daily check and have only seen two since the initial siting. I didn’t disassemble the unit so can’t honestly say of they are totally gone or not. The peony plants have pretty much faded for the season…so the ant population most likely has diminished as well.

There will probably always be some sort of “pests” namely insects. Black flies love to “sun bath” on my Davis Vantage Vue because of its white surface area. They often leave their “calling cards” in form of dozens of little dots (tiny fly poops) which are quite difficult to remove even with a hot water, a cloth and lots of rubbing.

It’s my understanding insects/bugs are attracted to electromagnetic fields. As long as a weather station is powered on, insects will be drawn to them no matter the brand.

Odd question, I know. I bought my father a Sky/Air combo to keep at his house when they first came out. It stopped reporting a few months ago. I figured it was the battery, so I got the solar panel attachment for him, but when I tried to install it, the thing was infested with .5 mm bugs. The entire battery bay was caked with crud that they had apparently marched in. Now, having run with the solar panel installed for a couple of days, I’m still seeing no signs of life from it. I assume the bugs have killed the Sky’s insides. I’d like to get him a Tempest to replace it, but before I do, I’d like to know whether or not it’s better sealed against such things. I assume that it is since it integrates the solar panel and battery, but definitely curious if others have seen the same problem.

I dont understand where the insects get in the Sky. This discussion describes internal insect issues with Tempest:

This is just UNbelieveable. I don’t even know where to start. . .so I’ll just dive right in Head First! My Tempest Field Test unit was acting strangely. . .mainly because of the problems described earlier on in Tempest quit sending data. It’s mainly because to the “Tempest Cloud” issue that dsj described. To make a sorta long story short. . .I went out to the backyard to turn off ST-7764 and remove it from the mount. I brought it inside to examine it. What did I find? About a dozen Peony …

I am feeling I am going to need to find another site due to concerns about insects. Exposure to the sun is another issue. With heavy shade in back yard my Davis station was able to stay charged but I am not at all certain the Tempest is going to be ok.

You want it exposed to the sun as much as it can get.

My yard is severely sun challenged, but the old Davis Vantage Pro was able to exist there. The Tempest is now on that mount. Only had it out since the morning so I need a few days of clear weather to get an idea how much solar insolation I average. Guessing the weather is not going to cooperate with me. My first week with my Tempest may be a bit problematic.Today was clear to partly cloudy. I did not see any evidence of charging and I am at 2.39 volts. I can get a little more sun in the front yard but my wife does not approve, plus a better than even chance someone takes it or vandalizes it.

Any chance you can set it in the sun for a day to see if it will charge?

If those ants make their way up the mounting pole by simply crawling up, I have an idea for you. Get a plastic funnel and trim the small end to make a snug fit to the pole and put it on it on inverted, so the ants would have to crawl down the inside down slope and hopefully would fall back to the ground making the attempt. A nice coating of perhaps a Teflon or similar non stick coating on the inside might also make sure they have a short trip and a long fall

Have you ever thought of using fruit tree grease (as on apple tree etc). This thick black grease stops bugs etc from climbing up the trunks to the apples. You would only need a small 2" band anywhere upon the support pole. 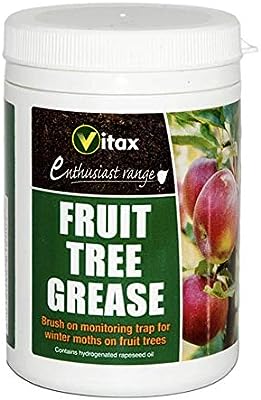 I hope to, but the weather Gods may be conspiring against me if the forecast for the next few days is correct. I just assumed since one solar powered station worked at my site, any other would as well. That assumption does not seem to be holding.

There still could be an issue with your unit but until it has full light that is hard to determine. It appears that a healthy unit can start charging when the SR is 200-400W/m^2.

It’s probably approaching its “end stage”. . . hopefully. . .I will not be at my “end stage” for many years to come yet!